Was That Choice Indeed Free? 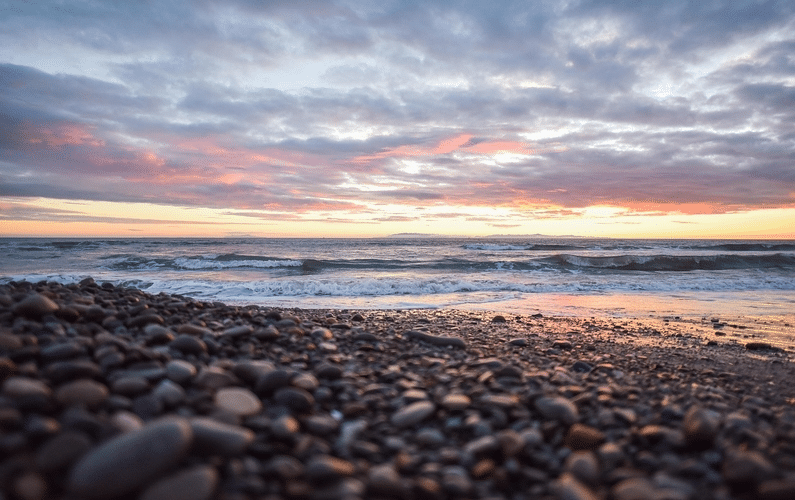 When making the choice to be ourselves, to uncover ourselves, to live free-spirited, we could be kidding ourselves that we’re indeed at such an important point with our life. Meanwhile in reality, Factor-x might still mostly be in charge. It is just too easy to be outfoxed by Factor-x.

Here, I’ll attempt to provide some insights you can look for when making a choice to see if what you’re contemplating is indeed a free choice: a choice free of Factor-x’s influence.

Let’s start here: When making a free choice, if we could go either way, only then is it likely we’re free of Factor-x’s influence.

Before I elaborate, I’m not referring here to different options of something, like should it be green, red or blue, or round, square or oval.

Now, let me elaborate. Say we get to a point where we’d like to do something, to make some choice. If we can either go with it or stay without it, then we’re indeed likely free.

Here is a difficulty, though. I’m also referring to choices like the one to murder. So if we can decide to murder, steal, manipulate, abuse, or so forth, while at the same time we feel just as likely not to do these deeds, like not commit a murder, not steal, and so forth, then we’re indeed likely free. If we feel we must do the “something,” then we’re likely not free. The crux is, if we feel compelled to do something, thus we must do the “something,” then we need to take a closer look, to stop for as long as it takes and see whether we could as likely do the something as not do the something. What’s important is that we end up almost equally at peace with or without doing the something.

When we’re not free, thus not making a choice free from Factor-x’s influence, we’re likely justifying to ourselves why we just have to do the something, or for that matter not do the something.

Stop and look and feel what you’re experiencing. If there’s turmoil . . . well, it’s likely not a free choice. If the supposed free choice is filled with turmoil, must-do-it arguments, emotions running and swirling, it’s highly likely that Factor-x is driving you. If your spirit is light whether you’re doing the something or not doing the something, you’re likely going with free choice.

Once at a mostly neutral stance of choosing to do something or not do something, we are likely free to go with our preferences: do those things we like doing. We are thus doing things from our meaning as opposed to looking for meaning in what we do.

It’s not for one person to decide for another when a choice is indeed free of the influence of Factor-x. Only that person can know. You can only know when you’re honest with yourself, and that takes courage.

When the choice seems selfish and likely to affect no one, or if it might affect another but you aren’t doing it to intentionally affect another, then it’s likely a choice free of Factor-x’s influence.

An example: I vividly recall, when just starting my journey, when I saw how my Factor-x was the driving force in my life. I wanted time for myself. I couldn’t cope with my life as it was. The only way I could manage time for myself was to stop working. Which I did. My wife—I was married then—wasn’t working, but when required, jumped in and became the breadwinner. This gave me time to stop and take a look at my life. It was indeed selfish—or put another way, self-caring. I wasn’t interested in anything else, only taking a break to look at my own life. My intentions weren’t to hurt my ex-wife or to jeopardize her or my family. The fact that my decision had a major impact on her and my family is something else all together. My point is, this was one of the toughest and clearest self-caring decisions I took.

Look at intent. First, and of vital importance, is your intent to uncover yourself, to become free-spirited and free of the influence of your Factor-x no matter what? The emphasis here is no matter what. Without intent to the extent of no matter what, it is too difficult to get to the bottom of the moment. If your resolve isn’t to this extent, when things get tough, it’ll be too easy to give in to the influence of Factor-x. If your intent isn’t to the extent of no matter what, you’re not at the starting gates of your journey yet, and you probably won’t free yourself. If your intent is to that extent, that of uncovering yourself and becoming free-spirited no matter what, then secondly, when stuck on your journey with a choice, what is your intent when making a choice? These two intents unlock whether a choice was or is to appease Factor-x. As can be seen, intent also has this second flavor, that of looking at why we’re choosing what we’re choosing. If the intent is to disprove the existence of Factor-x, then surely the choice isn’t free. If the intent is selfish even, but not about appeasing Factor-x, the choice is likely free of the influence of Factor-x.

Here are some arbitrary examples where Factor-x is the driving influence, thus likely aren’t free choices.

Here are some arbitrary examples where choices are likely free of the influence of Factor-x.

……I’m taking time off work, even though I might end up in a cardboard box.
……I reverse previous Factor-x–driven decisions as I see them and where appropriate.
……I’m doing it whether the outcome is as I expect it.
……I’m doing it without basing the outcome on hope.
……When Factor-x wants to take charge, I’d rather sink into my emotions than run from them.
……I recognize that when I feel chirpy, it’s likely because an expectation worked out.
……When I don’t feel strong and lack energy, I sink into the feeling to uncover its cause as opposed to looking to do something externally to pick me up.
……I look for causes inside me, rather than externally.
……I look to see if Factor-x is the driving force when I’m wanting to do something. If so, I refrain from doing it.
……I don’t blame myself or another for unwanted experiences; I look internally at whether Factor-x is driving me.

Liking What We Do

When we’re free of the influence of Factor-x, we do the things we like doing, as seen elsewhere in “Doing What I Want or Like, and Doing What I Like Doing.” So it’s fairly easy to determine whether what we’re choosing, thus what we’re doing, is indeed free of the influence of Factor-x. We don’t like doing things as a result of being driven by our Factor-x: You see, that’s easy to grasp; it’s done without free choice. When we’re forced to do something, when Factor-x drives us to do those things, we’re not doing them freely, so they’ll be things we don’t like doing. Conversely, when we like what we do, the choice is likely free and without force; we’re not driven.

Free or Likely Not

In the aforementioned and as seen elsewhere in “Own Meaning and Factor-x,” with Factor-x being a “tricky fox dynamic,” we might or might not be (or might be partially) free of its influence.

It’s fairly apparent when a choice is free from the influence of Factor-x. It’s not impossible to make the distinction—unless we’re unwilling to consider Factor-x as an influence. To make the distinction takes courage; it takes honesty to see the dynamics at play. Yet making the distinction makes it possible to indeed uncover ourselves, to be free-spirited, even if never shaking Factor-x completely: But we shed the influence of Factor-x more and more with each step we take while uncovering ourselves and refraining from Factor-x’s influence—by stopping and looking carefully at our life as we walk our journey.

← Is Factor-x the Enemy, or What Is It? Uncovering Yourself →
CONCEPTION Table of Contents