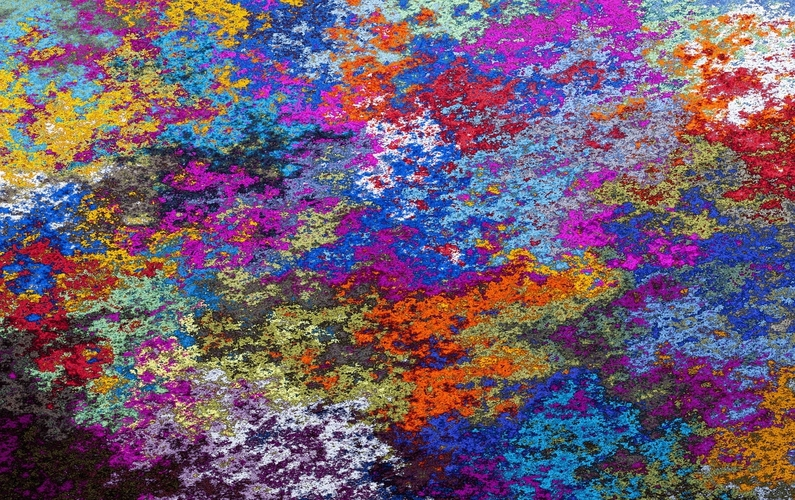 You might have been dependant on a crutch, or even several crutches, for your whole life, or maybe for a shorter period. It might be that you really didn’t know any better, and as a result, held onto things because you thought that was how your life should be. And now, by reading this material, you might see that these past behaviors were only a crutch or crutches you used because you lacked your own strength. It’s time for letting go of crutches.

So now, when you consider giving up a crutch or breaking away from a crutch, it seems that doing so might cause your whole world to crumble, and you don’t have the courage to let go. Or you might be thinking that you’ll find something to put in the place of a crutch: a substitute. Is this not exchanging one crutch for another?

Letting Go Of Crutches Not Exchanging One For Another

Let’s take a smoker; once they stop smoking, they might start eating sweets. Is this behavior not merely exchanging one crutch for another?

When the craving or need arises for lighting a cigarette, my suggestion to the smoker is to instead look for what created the craving, and address that instead of exchanging one crutch for another. (For further help in determining why the need arises, read “Reliving the Moment to Uncover Its Importance” later in this book.)

What applies to smoking applies to other crutches as well. Say a Christian (or a person of whatever religion) wants to get out of using their religion as a crutch. Bearing in mind that this person’s life might have revolved around the religion, including its worship rituals, such a person might not know what to do next. The point is, we don’t need to do anything next in the sense of replacing one crutch with another.

The mere fact that we might be considering What next? is most likely about identifying something to put in the place of the crutch. Letting go of crutches forever is not exchanging one for another. Whatever we take up in the place of a crutch, it’s likely to be just another crutch. In such a case, the person might just decide to leave things be and stay with the existing crutch.

The only way past this is to recognize that we have crutches, look at the reason why a crutch became necessary, and identify what transpires in us when considering dropping the crutch. Yes, it’s likely that giving up the crutch will result in a void. It’s also highly likely to be difficult to give up a crutch, of letting go of a crutch.

The remnant void is likely just too painful to contemplate, and if we gave up the crutch, we’d likely want to return to it, or to find another crutch to fill the void left by giving it up. However, the most important thing is to recognize that the crutch exists, that it might have been a lifelong habit, and that we most probably have deep-rooted scars due to needing the crutch. But again, it’s important to look at why we needed the crutch in the first place.

Or, we can look at the moment when we usually take flight to a crutch.

Letting Go Of Crutches See It Coming Back

peer and family pressures, especially with religions or dogmas and their like. Recognize the pressures we put on ourselves related to feeling we’d be ostracized when we let go of a crutch. Recognize the temptations of wanting to replace a crutch with something else, or even the related inertia when thinking about letting go of crutches. Recognize that letting go of lifelong crutches is a daunting experience.

Recognizing that it isn’t easy to let go of a crutch, you might be thinking, Why should we be letting go of crutches at all?

This comes back to the first and second-choice existences. When looking carefully at the dynamics of crutches, crutches fill a void. They’re about giving us security, and they’re external things supposedly giving us what already exists within each of us. Yet crutches also keep us from getting to know ourselves.

It’s highly likely that the need for the crutch originates in line with our Factor-x: that the void that exists in our lives is likely a result of our creation of our Factor-x. Factor-x leaves a void in our life that needs filling. We fill it with crutches. So the cycle starts, by letting go of crutches and returning with our flight to crutches.

Yes, we attempt that with our crutches. But do we succeed? Not likely. Instead, crutches take up space in our lives that exists due to our voids, so we never get to see or address the voids. Therefore, we never get to know ourselves and what our lives are really about. Acknowledging the role of our Factor-x is an important step in learning to identify and address our crutches. So in fact, our dependency on crutches has quite the opposite effect by hiding our first-choice existence from us. Isn’t it time to rid ourselves of this by letting go of crutches and stepping into our first-choice existence?

And in How to let go of unhealthy crutches, the author asks: Are you using any crutches today to avoid your feelings, soothe your pain, or to get through the day?