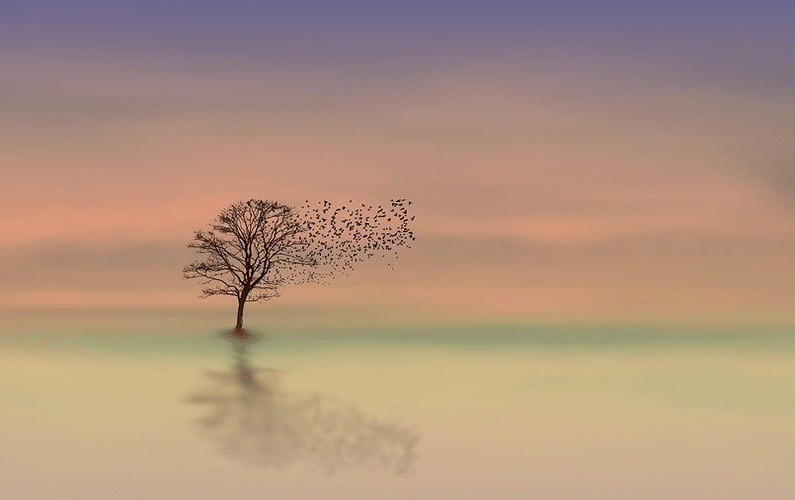 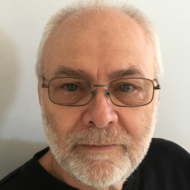 As mentioned, our daydreams come about from the underlying feelings and undercurrents of our experiences, and can evolve our vision, plans and aspirations. While our lives are dictated and driven by our Factor-x and we haven’t yet uncovered our meaning, it’s understandable that we’re likely to misunderstand our daydreams—to interpret them based on our frame of reference, as created by ourselves within society’s known standards and norms and from our Factor-x. We likely don’t know any different, and create dreams from what we know.

That’s why it’s important for us to look at the underlying feelings in our daydreams.

To really understand our daydreams, it’s important, first, that we stop to look at them: not at what they conjure up for us, but further, to something about our daydreams that we’ve most likely never looked at before.

Until being introduced to this material, you might not have had any inkling that your life is dictated to and driven by your Factor-x, and why that came about. It’s also unlikely that you understood the underlying meanings of your dreams, desires, or preferences. When you daydreamed, you likely interpreted them from your existing frame of reference.

Notwithstanding, as you uncover your meaning, it soon becomes apparent how important your newfound knowledge is, and recognize that you’ll see things differently all together: that you’ll see things in a different light. As you get to know yourself better and look at what humankind created and is continuously creating, you’re likely to see certain things created from possible misunderstandings by people of their dreams.

Every one of us is likely to possess the dynamic of being driven by our Factor-x, and as a result, live our lives with a lack of meaning. As you and I misinterpreted our daydreams, others that aren’t exposed to this material also misinterpret their dreams. Looking around us once we uncover our meaning, we notice these possible misinterpreted manifestations of daydreams.

Another example. Real estate planners develop cluster, or “estate living” housing, supposedly where we would live as a community based on togetherness of some sort, perhaps similar cultures or lifestyles. However, those living in such developments mostly live in isolation from their neighbors and from the community as a whole.

In both examples, these two types of interests are almost exclusively promoted and interpreted from a profit perspective.

So it’s advisable for us to look very carefully at the underlying feelings, or undercurrent of our daydreams. By doing so, we can uncover our meaning, the one that awakens our desires and we then dream about.

different from society’s standards and norms. As a result, we stand out as possible weirdoes. From time to time, we even see ourselves as weirdoes. Notwithstanding, we’re living our meaning and now have meaningful lives, whereas before we were always seeking meaning.

This dynamic of uncovering ourselves and our meaning also results in seeing our dreams differently. We can even see how we possibly misinterpreted them before.

Just out of my teens and military service, I had just started working, still in my first year as a young adult and working a regular job for a living.

A school friend—in fact, we were school-hostel roommates—visited, and we got carried away in discussion on the balcony of the flat where I was staying. We were really just shooting the breeze and talking about everything under the sun people of that age discuss.

Anyway, after this discussion, we explored all the possibilities of becoming farmers. We visited a friend who was in fact a farmer to discuss our plans. We did some research to get a better understanding of farming rabbits.

Needless to say, eventually, our enthusiasm shriveled away. And eventually, we dropped the idea and did just what we did before—continued our regular jobs and lives.

At the time, I understood the daydream as being about money and power. The money from such a large farming venture could be used to create anything that I wanted. The money would give me the power to pursue anything that the money could provide.

From the seed that was planted with that daydream, I set forth and pursued money and power. I wasn’t successful at all. In fact, all my ventures came to naught. In fact, for the next approximately twenty years, I achieved nothing toward money and power. Everything I did flopped. I started several businesses that failed or didn’t get off the ground.

My money and power schemes failed, and I wasn’t very happy about it. The continued failures drained my energy and confidence.

Eventually I settled as a freelance contractor, which I still do for a living at the time of this writing.

This is a very broad-stroke account of the daydream and what transpired.

As I mentioned in the introduction, around the age of forty, my life had reached emotional rock bottom and I became a wreck, probably close to a nervous breakdown. I started looking meticulously at my life with utmost introspection, analyzing it absolutely to the bone and doing various life courses, life-awareness courses, hypnosis therapy and several other therapies, and even several visits to a psychologist. With help from a life-awareness coach with whom I became good friends, we unraveled my daydream.

What I uncovered about the daydream, the undercurrent, was a very important aspect I had missed and misinterpreted due to my Factor-x, my own frame of reference, and the standards and norms that I was exposed to up until that time of my life.

So for twenty years, I had pursued an understanding that wasn’t even close to my own inner reality. And over time, as everything didn’t work and as I got farther and farther away from what the dream was indeed about, the sheer disappointment and frustration of my life became too much for me. My emotional system just gave up, and I broke down into a nervous wreck.

No wonder I broke down. After having pursued something for so long and with all the failures that occurred, my life became unbearable.

However, that wasn’t quite it yet. There was another aspect underneath that: the core, the origin, the source, the underlying reason, the undercurrent itself of the daydream was that everyone was doing what they liked doing, and at the core of that was that they were enjoying themselves and were peaceful. The daydream equated to them being peaceful, therefore the dream was about peacefulness—not about money and power.

What a difference! My misinterpretation was that the daydream was about money and power. Only twenty years later did I discover that it was indeed about peacefulness. Quite a stark contrast!

As a result of this daydream and uncovering what it really meant, I now set in motion a mechanism exposing my reality to the world—one where each person has the opportunity to look at their daydreams and uncover their underlying reason—their undercurrent. Also, so each person has an opportunity to uncover their own meaning and live their lives manifesting themselves, as opposed to what they understand from their accumulated frame of reference, from the standards and norms dictated by our society, and from their quest to disprove their Factor-x.

Therefore, I see my own meaning as that of peacefulness. I am manifesting that by way of bringing this material to interested people, so they can uncover themselves, even with the dynamic of needing brutal honesty with ourselves and the courage of our convictions.

This is, of course, a total breakaway from our frame of reference and our standards and norms as dictated by our society. And not least of all, it is a break because we can get to see our Factor-x for what it is and its impact on our lives.

← Why Daydreams Come About Expectations: Frustration, Anger and Irritation →
Table of Contents

I do not subscribe to references made in the following books and movie regarding religion and God....