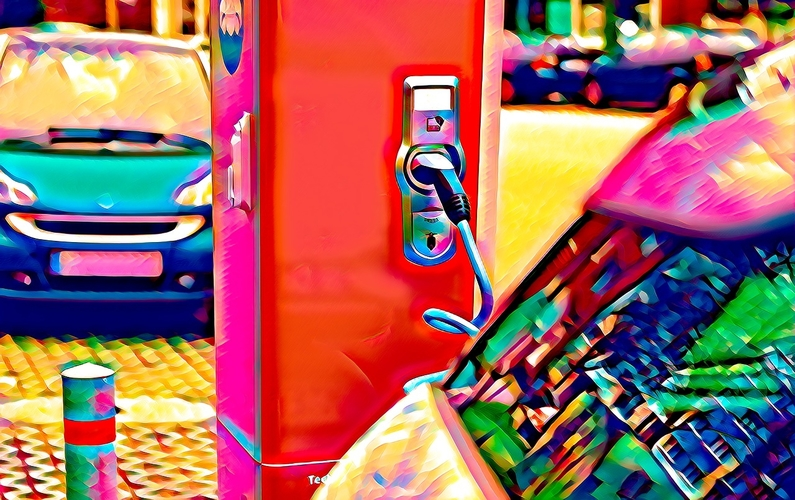 In this video, Dr. Know-it-all Knows makes his Tesla prediction and provides a high-level overview of whether Tesla would survive the Covid-19 pandemic.

He provides his views on the odds of Tesla surviving, broken down into; what’s bad for Tesla, what’s good for Tesla, and then makes his Tesla prediction.

How does Tesla relate to Peace Evolution?

Tesla’s mission is to accelerate the world’s transition to sustainable energy.

Tesla’s mission fits in 100% with what Peace Evolution advocates, as seen in Four Benefits Of Living Green, Introducing Healthy Sustaining Life On Earth, and Are Electric Cars Eco Friendly Living?

Enjoy the video from Dr. Know-it-all Knows about Will Tesla Survive This Crisis? And then Makes his Tesla Prediction!

Here is the pseudo extract transcript of the video about his Tesla prediction.

It’s Dr. Know-it-all Knows. This channel is dedicated to finding out whether I really do know it all or not.

Make sure you ask questions in the comments or at my email address which is in the description or at the end of the video. So watch the video there you go.

Today, in an ongoing exploration of things related to the Covid-19 crisis that’s happening right now, I’m going to go to a slightly more specific thing than all of these general topics I’ve been covering and that is what is going to happen to Tesla, the motor car company, the electric car company.

I’ve seen a lot of interest in that and somebody asked me so I figured I’d go ahead and I would answer that as far as I can tell. I’m gonna just sort of break this into; the bad for Tesla the good for Tesla and my prediction for what’s going to happen to Tesla, my Tesla prediction.

The Odds Against Tesla Prediction

Okay, so we’ll start with the bad towards my Tesla prediction.

The bad is that nobody’s probably gonna be buying cars for now. I expect that there’s not a lot of cars being sold. I saw in China, in like January and February 2020, it was down 80 percent from the normal of, like, last year or the year before, or something, so that’s just drastic.

I heard in the United States the prediction is only 20% less, so I don’t know anyway.

We’ll see. I have a feeling it’ll be more than that, but anyway, so no cars being sold is definitely a bad thing.

Tesla is a smaller company, it’s got a smaller market share than the other car companies. So that’s definitely also a negative.

I think it also might be positive, so we can talk about that in the next section. But certainly being a smaller company means that they don’t have quite the clout and maybe not the reserves that other car companies have.

It’s a sad thing certainly, we should definitely all still be concerned about the environment, no matter what. But there’s just a tendency, you know when you’re worried about other things, there’s a tendency for people to worry about other stuff before environmentalism.

You can see that their stock has gone down, I think excessively. I actually own one whole share of Tesla. It’s a pretty expensive share so anyway, I mean, I guess, you could say I have some vested interest in this, but it’s tiny.

For full disclosure, I do actually own one share of Tesla.

The Odds Working For Tesla Prediction

So anyway on the good.

Tesla has a lot of cash. I think I saw it was about ten and a half billion, if you take account of a bunch of different things, they made a very wise decision.

Probably Elon Musk, made a wise decision as opposed to the airline companies that spent the last decade doing stock buybacks to increase the price of their shares.

He actually was selling more stock, and he was improving their cash situation. And in a crisis like this, you got to have cash, so the fact that they have cash is a hugely important thing. Part of my Tesla prediction.

They also have not been able to meet demand, right. The Tesla Model Y just came out and I think the prediction is like years of production before they’re gonna catch up.

So they’re still working on only the more advanced models.

The Tesla Cyber Truck has, the last I heard, over 200,000 pre-orders for the Tesla Cyber Truck. So even if there’s a crash in demand, like let’s say, just half of that just evaporates, that means that there still gonna be a lot of demand, and probably they’re going to do pretty well.

They’re in a lot better shape than other car companies, like, I mean Ford and GM. For example, other American car companies are in dire straits because they’ve got around the same amount of cash, ten to twenty billion dollars. My Tesla prediction buildup.

Those are going to drag those companies. Honestly, I could see the companies either going out of business or getting a governmental bailout like what happened in 2008 with a lot of industries.

So I think Tesla’s gonna actually do ok, on that end of things.

Right, so their cash to debt relationship is certainly much better than the other American car companies at least. I don’t know as much about like German Italian and Chinese or Japanese car companies. But anyway, so yeah, I think that there’s an advantage.

There’s also a huge advantage which is that even though the Tesla Fremont California Factory has been closed temporarily, due to obvious restrictions that are going on, the Chinese Tesla factory is operating, I believe at 90 plus percent efficiency right now.

And they’re churning out somewhere between 2500 and 3000 Tesla Model 3 per week. So you know Tesla could end up doing pretty well after all of this. Because if they can keep cranking out cars and they have more demand than they can even fulfill at this point then they have the opportunity of actually, potentially increase their market share over time as opposed to decreasing it.

And hopefully, they will actually come out in a situation where they won’t be too far in debt like other car companies are. So anyway we will see what happens as you can probably tell from what I’ve said so far, my prediction is that they’re going to do just fine.

I think Tesla is going to do dandy. If that wasn’t the case, I probably would have sold my whopping one share of Tesla stock.

So far I think it’ll be interesting to revisit this in one year or two years.

But I honestly think, you know one of the other things about Tesla is, that it sells online, right.

So that’s something that people can still do. People who have the means to spend $40,000. Or upwards of $100,000 on a car, are more than likely, I hate to say this, but they’re not going to get hurt as badly by this whole Covid-19 crisis. Because probably either the jobs are more secure or there’s more money in the bank, and so forth.

Most states have outlawed that. You can’t go and do something so these places are scrambling to try to come up with an online presence so people can continue to purchase cars.

But meanwhile, Tesla is, just like yeah, this is what we’ve always done, we’re good to go. So I think that that’s also a crucially important aspect of this. Tesla has been doing this for years and that’s the way they operate and people can keep buying cars online, at Tesla, part of my Tesla prediction.

This probably translates to a larger market share depending on how long the Covid-19 pandemic lasts. Everyone could be affected by it. And so they might not do fantastically, overall.

But I think relative to the other American car manufacturers, at least, they’re going to do just dandy.

Alright, thank you, so much for watching, and make sure you ask questions in the comments or at my email address, which is drknowitallknows at gmail.com.

It really helps out the channel. I appreciate it.

Until next time, bye.