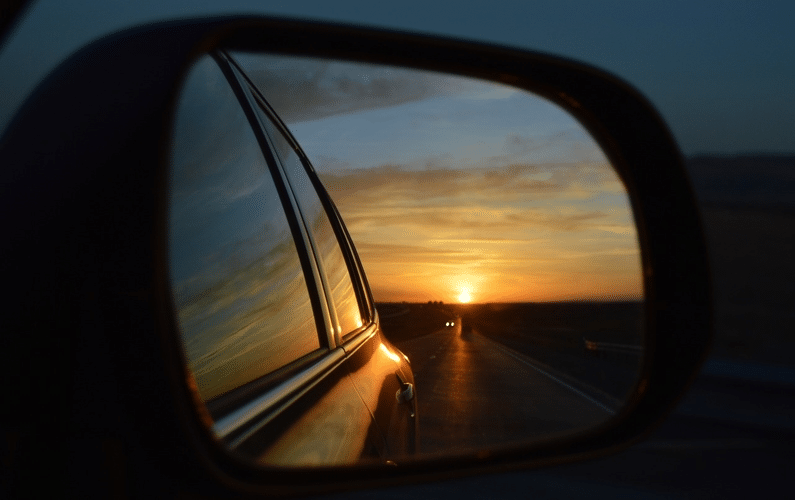 In this video, Dr. Know-it-all admits he was wrong questioning the Tesla Full Self Driving (FSD) 2.0 beta release. (Enjoy it—he doesn’t admit he’s wrong often!). Find out why in this video.

If you wish to see the original video he is responding to, see his episode What on earth is Tesla thinking, letting random people drive Tesla Full Self Driving (FSD) 2.0 beta?!

How does Tesla Full Self Driving (FSD) relate to Peace Evolution?

Once Tesla Full Self Driving achieves approval for autonomous driving it is a gamechanger and disrupter of the road transport industry. The ICE (internal combustion engine) vehicles would slowly diminish over time. Along with EVs (Electric Vehicles) the everyday car, Robotaxi and Tesla Semi trucks, would make a big dent in the ICE auto industry. And further, contribute to self-sustaining life on Earth by using mostly renewable resources.

In Elon Musk: Tesla Level 5 Full Self Driving (FSD) Ready in 2021 the article asserts: Autopilot and Tesla Full Self Driving (FSD) is considered one of the hottest topics when it comes to Tesla. While other automakers are waiting for someone to develop systems that could be installed into their cars, Tesla has already made tremendous progress in developing its own technology.​

Here is the pseudo extract transcript of the video.

All right, I admit it, the people at Tesla are smarter than me. If you haven’t seen it yet you can check out my earlier video asking why on earth Tesla Full Self Driving 2.0 beta was released into the wild.

At the time I recorded the video, very shortly after the Tesla FSD 2 beta release, I thought the risk-reward ratio for Tesla was far too great for them to release the software.

What a difference a couple of days make.

Hey, y’all it’s Dr. Know-it-all. This channel is dedicated to finding out if I really do know it all or not.

After watching more Tesla Full Self Driving FSD videos and thinking about it some more, I realized I had the equation almost exactly backward. The risks are still massive for Tesla but the reward and payoff have been astounding already and I think it’ll continue to go that way.

So again, if you want context, watch the previous Tesla Full Self Driving video first but beware of the comment section. Man people really haven’t enjoyed it, so sorry.

I feel bad about that, uh, but anyway so in some ways I’m saying Maya culpa here or at least Maya wrong I don’t know how to say that in Latin but anyway.

I feel like I need to make a little bit of a correction and in some ways, it’s an evolution of my idea of this because again when I released the former video it was very, very early on after the whole thing had come out and it was a little less clear how everything was working at that point.

Now it’s becoming more clear, and it’s becoming really clear that Tesla has been a bunch of geniuses man so let’s examine why I was wrong and Tesla was right.

The title of the previous video said, random people. It turns out that is not the case whatsoever. I also questioned why there was no NDA or non-disclosure agreement and it’s become very clear. Also why that didn’t happen and in addition, I said that this could prove to be a PR or public relations disaster, which it still honestly could be.

But here’s the thing. Obviously, Tesla had incredible confidence in their software and I think it’s pretty warranted from what I’ve seen it’s been amazing watching these things driving by themselves. It does such a great job with the light detection though that’s I’m really impressed with that.

Great, also, instead of being random people it’s it seems like it’s been very, very limited and they were specifically releasing it to people who have a history of posting videos online which also explains why they weren’t doing the NDA.

Essentially what this has been, has been massive free marketing. Right they actually wanted these videos to come out. They were encouraging that to come out, and damn has this turned into a massive PR win for Tesla.

As you might know already, there have been hundreds of videos released and millions of views by now, which is just a few days after the software’s release. So essentially they’ve gotten a huge amount of free advertising and free marketing right, it’s genius they don’t even have a marketing department anymore and yet they’re still doing better than any other car company.

So yeah I was wrong. Tesla clearly has bigger brains than I do. I still say it was a massive risk they were taking on their part.

But it was a much more calculated risk than I was giving them credit for. They released it to fanboys and fangirls first, and you know those people have a record of posting online so that ensured an immediate press and I mean literally within like an hour or two of the release of the software, there were videos online. This is pretty crazy and of course, as new owners of Tesla vehicles get the new software, they too are posting videos.

So they want to do it too. So then suddenly you start to have this expanding pool of videos online and it went from just tiny little clips to like I mean there are half-hour videos of the Tesla Full Self Driving. So again now we’ve got like I don’t know, it’s hundreds of videos and maybe like, it could be up to a thousand hours of the actual content of Tesla Full Self Driving and obviously millions of people are viewing this.

So if you think about this, Tesla has also said they’re increasing as of tomorrow when I record this, they’re increasing from eight thousand to ten thousand dollars, the cost of the software. My prediction is that their sales have gone way up in the past week and I can actually back this up a little bit because I’ve been keeping track of this and both the Tesla Model 3 and the Tesla Model Y have gone up.

A full week in terms of delivery estimations right now and in addition to that, I am sure there is a much, much higher uptake of Tesla Full Self Driving. Both people purchasing new cars and people who might have purchased previous cars and didn’t purchase the Tesla Full Self Driving (FSD). At this point and they’re going to be like, oh my gosh, I’m going to get that before it goes up by $2 000.

So in the last week, they must have printed an awful lot of money. I mean because the software is incredibly high margin once it’s done. So that’s just a massive revenue generator, WOW! You know again, genius.

I will give myself a little bit of credit here though. Because I still believe that there were very heated discussions internally about releasing the software when it happened and I also think that the timing was still set to steal a little bit of the thunder from Waymo and from GM. Because really, who’s talking about them right now.

They’ve kind of, yes, there’s still some press about them doing their self-driving with no people in it. But it seems like there’s a lot more stuff out there on Tesla Full Self Driving right now. Which you know again, wow, these two companies just released full self-driving like level five autonomy admittedly within very small geo-fenced boxed areas but they’re not getting anything, like the press that they would assume that they would get, because Tesla has moved in on them.

But anyway even given those caveats, I’m certainly willing to admit when I’m wrong and I was wrong in this case.

The reason why is because I just didn’t believe the software was going to be as good as it’s turned out to be nor that it would be updated so rapidly. They’re clearly just cranking out new versions of Tesla Full Self Driving versions, super, super fast.

And of course, I also didn’t realize that they curated the first drivers, so carefully, so good on you Tesla. Right, I was wrong, you were right. I admit it, what could have been a massive PR disaster has been exactly the opposite for Tesla. It’s been huge free marketing.

It’s been genius, between all of the videos, then the imminent price hike.

Ah, you know I have a feeling that the sales and the Tesla Full Self Driving sales have been way up in the past week. And so I’m going to call it now, I’m going to say with this extra push, Tesla is easily going to hit that 500 000 vehicles for the year, 2020, sale as long as they can make enough cars by the end of the year.

They’re going to sell them and they’re going to hit that 500 000 vehicle mark even with a pandemic and all the other obstructions that have gotten in their way.