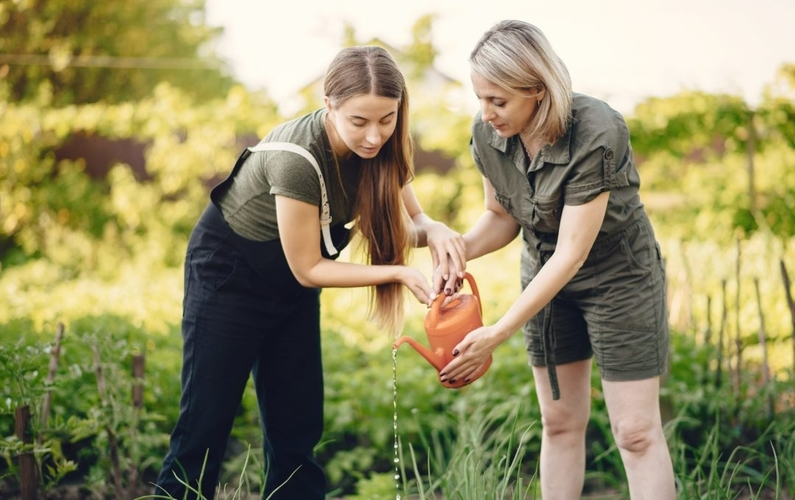 Key Benefit 2: Our environment, planet Earth is Healed and the Damage is Reversed

Key Benefit 3: Future Generations Inherit from us: A) a Healthy Lifestyle and B) a Healthy Planet

Humankind has a challenge: to create quality of life for itself in unforeseen ways. While enjoying the activities of living an eco friendly lifestyle! When putting into practice simple environmentally friendly activities we heal ourselves.

Living an eco lifestyle has numerous personal and social benefits. For example, when we walk short distances or cycle instead of driving, we give our body the exercise it needs. Eco living opens our minds. We increase our aware and are able to choose between sustainable and non sustainable practises.

With social benefits, the decision to live an eco lifestyle empowers society. One example of an eco lifestyle activity is to eat locally produced food which means buying food products from local farmers.

Growing vegetables hydroponically produces healthy and nutritious vegetables all year. Hydroponic plants are grown in water rather than soil, and easily done at home.

Use eco-friendly products like biodegradable pots for plants? These square containers are great for small fruit, bareroot roses, perennials, field-dug plants, and broadleaf evergreens. The containers are fiber molded, they are made of recycled material, biodegradable, and usually decomposes in about a year’s time.

Key Benefit 2: Our Environment, Planet Earth is Healed and the Damage is Reversed

Eco awareness and taking sustainable and non sustainable natural resources into account in our daily lives is a game changer.

The exploitation of our planet and degradation of our environment increases at an alarming rate. Our actions do not protect this planet. We see natural disasters more often, in the form of flash floods, tsunamis and cyclones.

“I predict that we’ll view plastic bags as one of the greater environment abuses of our time.”

Do we want to submit to the greed of uncaring people. And, keeping in mind, irrespective of whether they are aware or not, of the impact of their actions?

Keeping in mind those perpetrating the destruction are possibly not consciously behaving as they are. We, the ones who have become aware, are fortunate to have become eco aware. And by standing together we’re able to spread eco awareness, each in our own way, big or small.

Let’s each choose our way to counteract destruction.

Besides no one else would be as passionate about the environment as we would. Remember it is not the duty of anyone or any institution or any government to affect change.

We do it out of choice, out of our passions. People who are ready, join in and participate. Together we are able to do more than waiting for someone else to affect change.

We each have complementary temperaments and talents to contribute, instead of getting angry, irritable and frustrated. This is easily achieved in numbers – many hands make light work.

Though it seems impossible, by creating awareness, it is enough.

Even though the perpetrators are many, have lots of money and have many resources! As the message is passed on from one person to another, eco awareness would reach a tipping point.

Those who don’t care or who are unaware, would over time merely dissipate.

The sea and rain finally erode the hardest rock and mountain sides: Gracefully and peacefully, anything and everything is possible!

In Niagara Falls, New York in 1978, controversy was raging over the Love Canal. Countless tons of toxic, chemical wastes had been dumped years before in the abandoned canal. A school had been built alongside the dump site and housing developments had been built around it.

Chemicals from the canal had leached into lawns, playgrounds, and even into the basements of houses in the neighborhood. Frightened citizens were demanding government action which stalled – asking for more time and more studies.

Dr. Beverly Paigen was a biologist, geneticist, and cancer research scientist at the Roswell Park Memorial Institute. It is a world-famous research hospital in Buffalo and part of the New York State Department of Health (DOH).

The health concerns of the Love Canal citizens were the very subject of her research interests. She studied family patterns of genetic reaction to chemicals. She develop easy and efficient methods of assessing health hazards from chemical exposure of the environment.

The Love Canal homeowners needed scientific expertise to give them authority in pursuing their case with the government’s scientific bureaucracy. As a result, a close working relationship developed between the homeowners and Dr. Paigen.

She was their scientific advisor and consultant. The homeowners became the source of her data, as well as data gatherers, for her research. This did not sit well with government authorities, who were trying to keep the lid on all scientific data and analysis.

Soon, Dr. Paigen found herself being subjected to petty harassment. She was a senior scientist engaged in basic research at the institute. She decided the areas of her research.

The government could not stop her. They could have made her life miserable in many ways including a state tax audit. Or deny her, her research grant.

She persisted in her mission and freely expressed her findings and expert opinion. To the health bureaucracy as well as to the public, the press, the governor, and the U.S. Congress. Finally, the state followed Dr. Paigen’s guidance and relocated all the Love Canal residents.

Moreover, although the state health bureaucracy had criticized her research, they ended up adopting its results as their own. Her larger contributions focused national attention on the health hazards of toxic waste. Along with the persistent citizens of Love Canal, we owe her our deepest gratitude.

We live cruelty free by not slaughtering animals. All our actions and behaviour is eco friendly.

Key Benefit 3: Future Generations Inherit from Us: A) a Healthy Lifestyle and B) a Healthy Planet

Protecting our environment and planet needs our attention so we protect our habitat. After all, we want our stay here to be pleasant and comfortable, while on planet Earth. This includes improving things so our children and our grandchildren also have a pleasant and comfortable stay. And, have a high quality of life, during their stay on planet Earth.

Demystifying where evolution creates an imbalanced lifestyle and causes a decline of the health of planet Earth.

From the First to Fourth Industrial Revolution humankind is seeing more and more features, facilities and products.

Though the evolution and imbalances are not obvious.

We, every eco advocate, spreads the word of balancing the imbalances, primarily through implementing innovative steps. 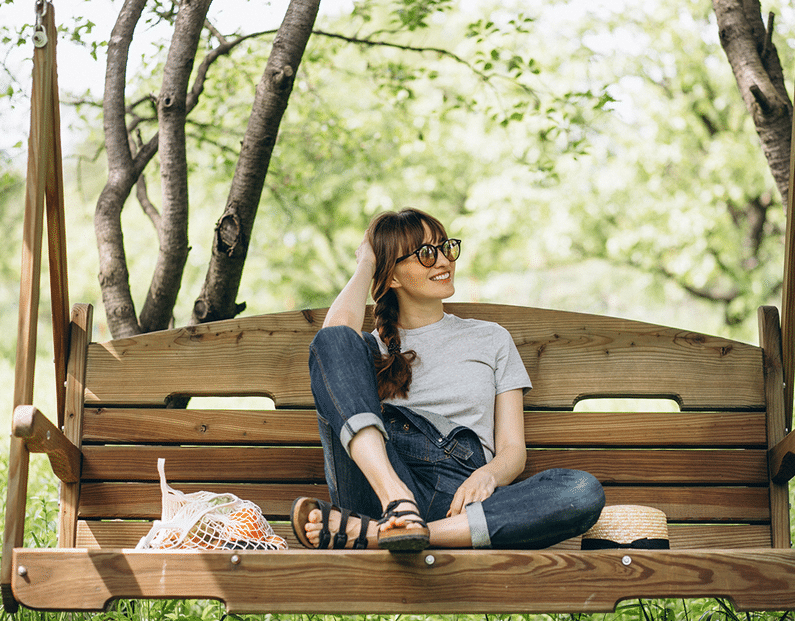 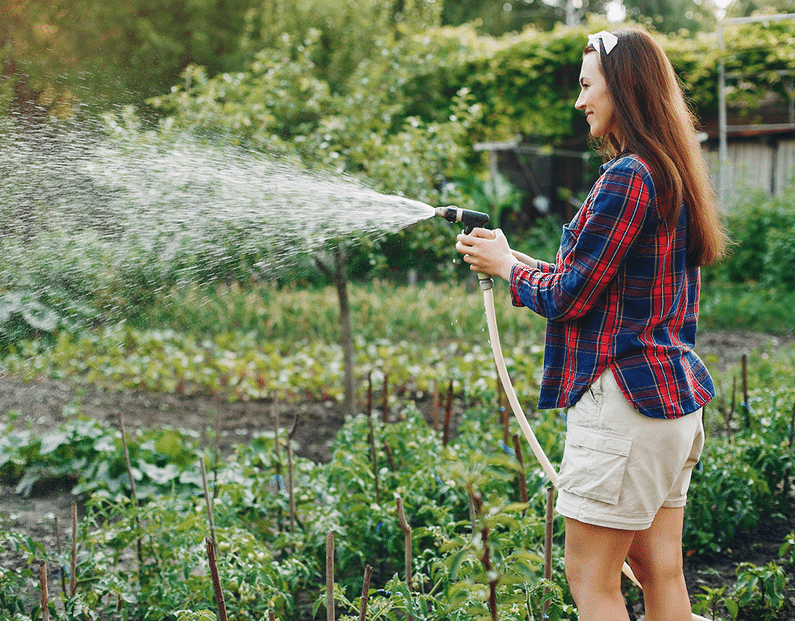 We, as Radio Live Green Smart, do this during the #LiveGreenSmart World Month each year in June. We use this period to advocate eco friendly living and living an eco friendly lifestyle.

With #LiveGreenSmart World Month we address the imbalances on various fronts: It starts with creating awareness. And ends with encouraging people to tell at least one other person about green and eco living.

We elaborate on what benefits we gain when living a green and eco lifestyle?

An eco friendly lifestyle may start with recycling, a next step would be installing a solar water heater.  Maybe we even install a rainwater tank or photo-voltaic solar panels.

Living green means we are passionate about preserving the planet for future generations.  And about a healthier way to live, with long-term cost savings.

Within the home, using sustainable materials we conserve our natural resources.  When shopping, we’ll also play our part:

As another ingredient of a green lifestyle, let’s go back to nature.

It takes being a little creative to make any home a green one. By doing so you are securing a future for future generations. We are also limiting the impact we and our family currently have on the environment.

The wonderful truth about living green is that it all works out for the benefit of everyone. Yes, the planet will be smiling because of our change in behaviour and us too. You’ll be healthier, happier, and financially better off for implementing these strategies.

You are welcome to read and visit our site for further information, as often as you want to.