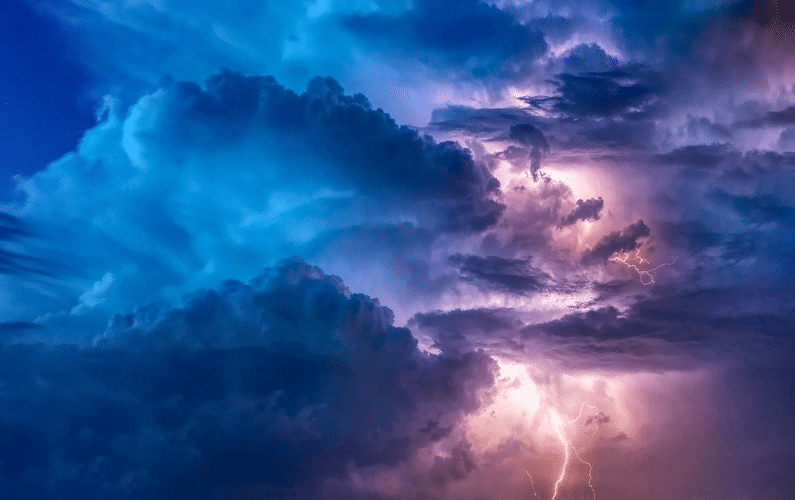 I just said that they are similar, and yet I also said they are different. Similar, in the sense that they represent the equivalent of your species, humankind, on their planets. Each planet that has a species comparable to your earthling species has a different composition, and therefore, those species comparable to humankind are different. What is similar is the distinction of the “humankind” species from the rest of the species on such planets: Like humans are different from animals and plants on your planet. The “humankind” species on the various planets all have the capacity to think for themselves and have the option to be free to choose their own destiny in terms of breaking out of the mold of a basic culture. Take your plants and animals. They are more or less set in their ways, and more or less continuously do the same things over and over.

As with humankind on your planet, where that comparable species exists on other planets, they have another attribute—the ability to go beyond the basic pattern. You can develop your own pattern. You can do things that, say, animals and plants can’t do. In that sense, there are species on other planets that can do different things: establish different patterns. They can live beyond the basic pattern of the species. These are also the species that have the option to be free and break out of the pattern of what the species prescribes—and sadly, most every soul in that species merely follows and hardly questions.

Yours is the species with questioning ability, the species that can alter its patterns. Your patterns are vast in number and diversity. In that sense, species on other planets with your capabilities exist. So life, in more or less your form, exists on other planets in other solar systems.

Those species are at a different evolvement stage from yours on the Earth plane. They are, at varying degrees, less or more evolved. Those that are less evolved have not yet come out of the dark ages, as you refer to it. Or like the middle ages you talk of. So humankind on Planet Earth has come through stages, or ages, in a similar way that species similar to humankind on other planets have come through ages of their own evolution. As a result of the composition of those planets, life is different, and those species want different things and they evolve differently.

This evolvement refers to these species’ emotional and intellectual natures, not the physical, albeit they are also different physically. Their needs and what they encounter daily are interpreted differently, so they respond differently to what they encounter. Yours and their evolvement is more or less similar, in that you and they adopt and adapt to the environment, albeit differently. The differences in daily lives and encounters of yours and theirs lie in the composition of yours and their planets and environmental conditions. Like for example, your planet has what you call an atmosphere. All planets do not. All those environmental conditions and differences in composition play a role in the needs, requirements and preferences of those species, as with yours.

On every planet where life exists in a form similar to your humankind—a species possible of thinking freely and evolving—those species apply themselves differently to their needs and environment. As a result, their evolution is at different stages from your own.

As an example, on your planet, different people apply themselves differently when faced with addressing something before them. In the same way, those species apply themselves differently. Their outlook and what they are attempting to achieve with their lives are also different. On your planet at this stage, it is about surviving. That is the theme. You could have it differently, where it is not only about surviving, but about providing a different quality of life to each individual. But at this time, your species is still only thinking about surviving and not breaking out of the mold as dictated to all along during the lifespan of your species. You have not managed yet to break out of it. You are still at a point where surviving and being dependent is the order of the day.

There are further steps to take, those of independence and those of a quality of life for everyone, where individuals manifest themselves, not according to the existing patterns of the species, but differently, where they become themselves in their own right, truly independent and living individually, not within the constraints of fear but within the boundless possibilities of life itself, thus being free to manifest unhampered by the existing patterns. When living this way, independently and unhampered by the fictitious constraints that still exist, each person in your species will benefit, and will become free to manifest their true self. Your world would be a different place, without your fear of living that keeps you boxed in and within the pattern: the very same pattern that frustrates you to the extent that you take it out on each other and even yourselves.

There is just no harmony in the pattern that your species is in at this time. Once beyond it, and with the true independence of each person and independent of the fear of breaking out, your species would develop a pattern that serves everyone, starting with each individual and building it out to other species and also other things, and your planet would have a state of harmony.

In the same way, the species similar to humankind on other planets are, in varying degrees, at different states of their freedom: some this side of freedom, still very much caught up in their survival, some on the other side of freedom, very much alive and living their lives to the fullest. If physically looking and sounding very different from your species, these souls, in essence, are sitting with similar day-today things and looking for ways to cope and to survive and in some cases live to the fullest. And of course, where that has already taken place within their species and the freedom has set in, they have a very different outlook. They are, in fact, almost to a soul, living in harmony with themselves and with other species on their planet. And they are a caring bunch. They care for themselves to the extent that they automatically care for every other soul as much as for themselves.

The results of their independence and their freedom in themselves is that they create patterns that serve everyone and everything, without fail. They have a harmony, a lightness of spirit; their souls are free and they think for themselves, not dictated to by anyone. This results in a blissful harmony, and they have reached a state within themselves that you call heaven. Albeit that “heaven” is not where they go to as stated by some people of your species; it is their heaven just where they are. Their souls and their spirit guides have a close relationship with each other. They live in harmony and in close communication.

There are also those planets where the souls are caught up in their darkness, where they struggle for survival and are even further behind, as your saying goes, than even your planet.

The task at hand is a great one: to uplift the spirit of the “humankind” species of all the planets, that we might all experience natural life and be free of the self-imposed constraints that are so very deeply entrenched into our pool of spirit.

As it stands, the task is to expose and awaken every soul so they may see for themselves their self-incarcerated state, and also how they have self-perpetuating patterns to entrench their state farther and farther.

Luckily for us all, there are some souls who see, and some that have awakened, and some that are making it their life’s work to expose to the “humankind” species and the pool of spirits that we can have it very differently.

← One Kite →
CONCEPTION Table of Contents