Convinced of Being Right: Not Seeing Reality 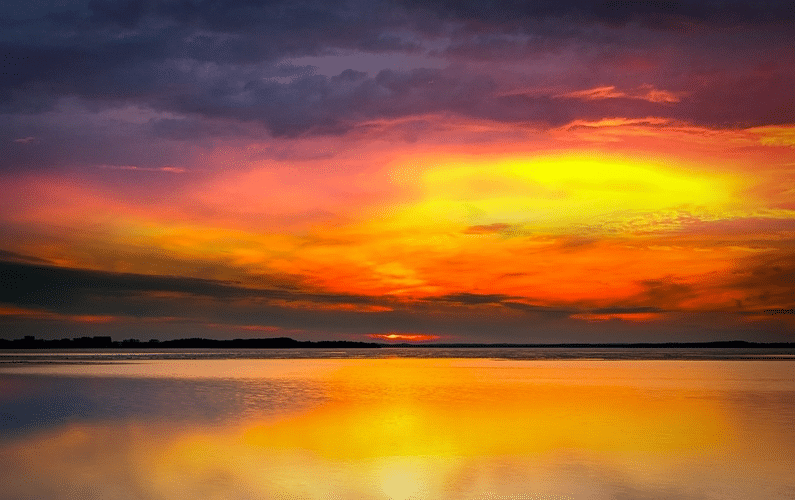 ​We have a tendency to put our minds to something, and then we lock into that something and take for fact that this something is indeed fact and reality.

Here’s an example. Say we’re in a relationship. Say our partner exhibits certain behavior that’s difficult for us to process. We likely figure the behavior is related to some underlying reason. Each time that behavior is displayed, we build the case based on our own interpretation of why that behavior is being exhibited. That behavior elicits certain feelings in us. Over time as this cycle continues, we become convinced that we’re right about our assessment of the behavior.

But we just can’t get ourselves to leave, because we fear we won’t meet another partner, one who at least has the attributes we like about our current partner. (Remember, in the example relationship, some of our experiences are pleasant, so we don’t really want to lose them.)

So now we’re in a pickle. We’re not happy with certain things about the relationship, but happy with other things. Two factors are now at play. One: We’re convinced of why our partner behaves in a certain way that makes us feel he or she isn’t the partner for us. Two: We’re convinced we are afraid to go. Hence, we’re locked up in both these factors, and can’t go or stay. And furthermore, we’re convinced we’re right about this.

Each time we visit this dilemma, we likely run in circles. We want to go, we want to stay, we want to go because this isn’t the partner for us, we’re only staying because we’re afraid if we go, we won’t meet someone who is at least like our current partner in those aspects we like.

Oh, and no matter how we debate and argue with ourselves about this, we’re convinced we are right. And we convince ourselves it’s okay, we might dislike certain attributes—surely it’s okay to have preferences.

Does this sound familiar?

What does this amount to, then?

We now find ourselves where we firmly believe the next thing to do is scrape together the necessary courage to leave. That is now allimportant. After all, we’re convinced we’re right about this. Besides, we can’t let ourselves down by being afraid to go. Being free, after all, is what we want for ourselves.

But what are the facts? Are we even aware there’s another set of facts playing out? What could they be? Is it likely an expectation that lies behind this bind we find ourselves in—an expectation that certain things about our partner are not as we want them? And instead of addressing the expectation and because we’re so sure of ourselves, we then fall into the predicament of wanting to leave and stay at the same time? And to add to the quandary, we feel that the only thing standing in our way of leaving is a lack of courage.

Those are our expectations. But again, what are the facts? Is it really about staying versus wanting to leave? About courage? About being convinced we’re right? Is it about our partner being different in some aspects from what we’d have liked in a partner?

Is this, really, about expectations, not fact? And importantly, are we free to see what’s going on? Are we free to take action, whatever action, irrespective of the consequences?

After all, as humans, we tend to like partners. Like a prince or knight on a white horse that’ll save a damsel: like Prince (or Princess) Charming in any number of fairy tales who’ll come to our rescue. Man or woman, perhaps we expect that having the partner of our dream will likely make everything okay—that when we have the right partner, that right partner will appease us and we’ll feel good about ourselves.

The fact is, another human being can never mend the cracks within ourselves—the ones with which we created and perpetuate our Factor-x. . . . Well, maybe temporarily, or at first. Meeting the right partner supposedly tells us we’re indeed okay. But here’s the problem. Because we haven’t acknowledged our Factor-x for what it is—a figment of our imagination that something is wrong with us—at some point, when our partner’s behavior changes, suddenly our Factor-x rears its head. And voila! Our partner has failed us, and we build a case and become convinced this isn’t the partner for us anymore. But what really happened was that our Factor-x was triggered. That’s all. Furthermore, unbeknownst to us, we want our partner’s behaviour toward us to remedy our Factor-x. This is most certainly impossible. But here comes the tragedy: Because the partner didn’t appease us, we hold it against him or her, and struggle to shake off that the person isn’t what we wanted the person to be—the Prince or Princess Charming of our dreams. The fact that we enjoy the person—the real person—doesn’t come into the equation, just the hurt inflicted by our Factor-x, and we struggle to shake off that we’re convinced this isn’t the partner for us.

When we’re in this mode, do we even see the other person? Do they even stand a chance with us? When we’re so firmly of the opinion that we know the reason for the other person’s behavior and we’re locked into that reasoning, they disappear from the scene all together. We likely don’t see them, or experience the reality that we likely never saw them. Our self is miles and miles separated and away from the moment, and our experiences are skewed because we’re convinced of being right.

There’s yet another side to the example.

Our belief about our partner’s behavior has formed an attitude within us that has a bearing on our own behavior back toward our partner, a phenomenon we likely don’t realize. Quite possibly, our partner has also formed some belief about us because of our behavior. So now, we’re likely locked in a vicious cycle of one partner creating a belief about their partner, and vice versa. These beliefs affect both partners, each in their own way, and is exhibited through each partner’s behavior. Now, two belief systems are in the relationship instead of two people, and it has possibly been this way since meeting each other originally: And quite possibly, two lovely people are lost to themselves and to each other.

Mind you, it’s likely both partners feel they’re right. The end effect might be that the partners break up, and then land in a self-fulfilling, self-perpetuating cycle from partner to partner, where again, after a while, each partner is convinced and believes they’re right about the other partner.

The aforementioned example is one of many. The same can be said where any belief comes into the equation. The main point is, belief is likely never based on fact, but rather what individuals believe are facts. Based on reality or not, such beliefs usually have an impact on us; they mold our attitude and manifest in our behavior. We become convinced of being right, and create an underlying need to be right. Our attitude doesn’t even allow the facts in, and has no consideration for the facts—our attitude wants no business with the facts: reality is nowhere to be seen. We want to be, and we need to be right—we are convinced: Factor-x perpetuates and vindicates itself by being right.

Let’s take the example one last step. When we want to be right, when we’re convinced of being right, when we’re locked into a belief, we aren’t open to what is there, staring us in the face. We aren’t open to looking at things differently in an attempt to see reality. The belief is anchored firmly in our attitude: Reality doesn’t come into the equation at all. In fact, with beliefs, we are tightly closed. Nothing beyond our belief is allowed in or even considered.

Are we even aware of the dynamics of our beliefs, and what role belief plays when we’re convinced of being right: thus, why nothing stands a chance to penetrate a belief?

To get beyond why we’re convinced of being right, we need to penetrate our belief, and make the required adjustment by looking at why we have the belief, by looking at where the belief comes from—then removing the likely unrealistic belief. By doing this we can change our attitudes. Then, our changed behavior follows. By working step-by-step from where we’re convinced of being right, back to where the conviction originates with our Factor-x, we have the chance to penetrate our belief, freeing ourselves, and so become free-spirited and see things for what they really are.

Convinced of being right is possibly another difficult dynamic we’ll encounter on our own path. Whether careful or not, we might even slip and take an unwanted route with our lives, tripping and falling into this predicament, all because we’re convinced we’re right, and as a result, we don’t see the reality and the facts for what they are. When we trip and stumble or go down an unwanted path, rest assured, when we’re open about it with ourselves, at some point, we’re likely to recognize a turning-off we took that doesn’t serve or suit us. Fortunately, we can backpedal and pick up our track again.